Mast is a game that makes coding fun. Build ships from a variety of different parts, teach them to fight with code that you write yourself, and then send them to battle to fight against other players' ships. 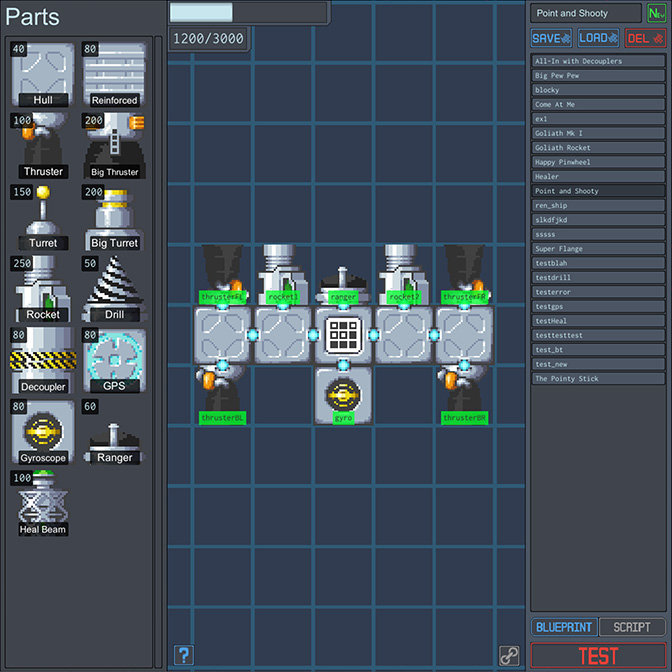 Construct your ship in the blueprint editor from a variety of different parts. Use thrusters alongside sensors like lasers and gyroscopes to maneuver around the arena, and then inflict the damage with weapons like drills, turrets, and rocket launchers. Each part has a price associated with it, so keep an eye on the budget! 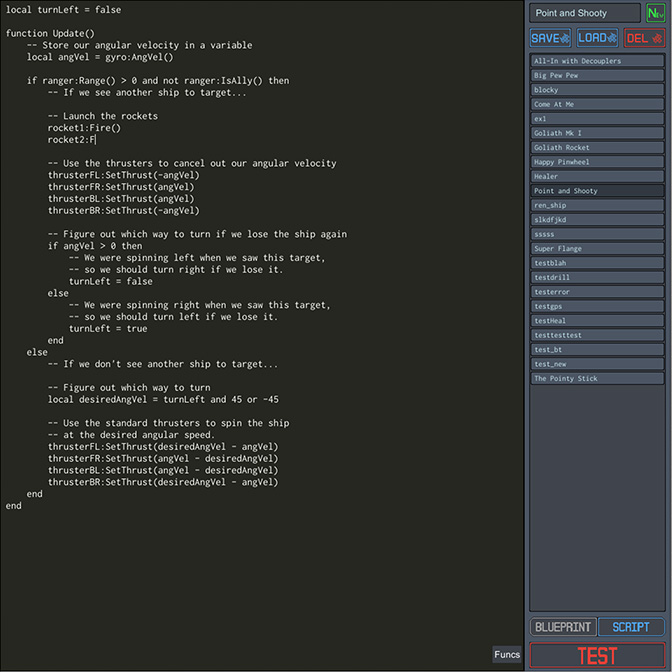 Teach your ship to how to fight in battle with a simple Lua script. Each part has different methods you use to control it. Thrusters, for example, have the SetThrust() method that controls their throttle, and rangers have the Range() method that measures distance. Debug your ship with the print() function, which outputs text to a console alongside any Lua errors that your script generates. 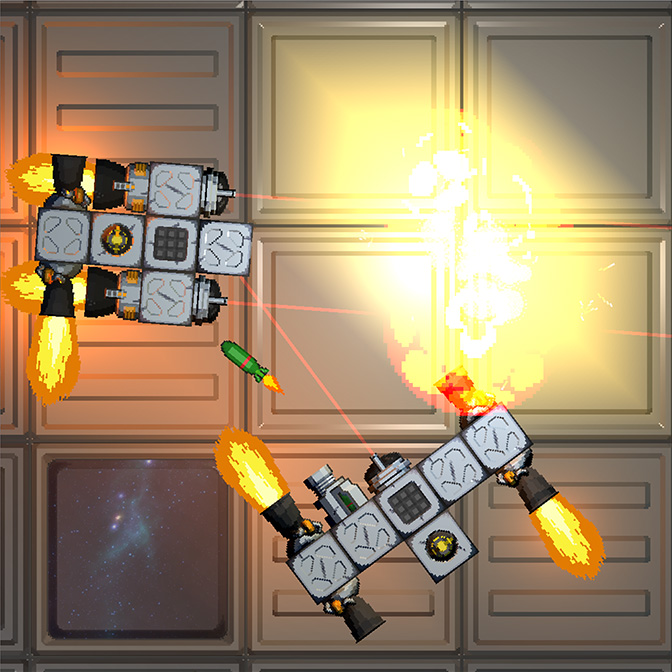 Send your ship to battle against other players in one-on-one arena combat. Each player selects three ships to do battle with. When a ship’s brain is destroyed, the ship is killed and self-destructs. The round ends when either all of a player’s ships are destroyed, or the time limit elapses and a draw is declared. Players are given a rating based on their performance in battle - improve your ships to get a higher rating and work your way up the leaderboard!